Georgia Conservation Voters believes in empowering voters by educating them about Georgia politics and politicians. We believe that by informing citizens on politicians and policies, they are able to make educated decisions to choose a more sustainable and environmentally friendly future.

Every year the Georgia legislature meets for 40 days. These sessions last for two years, during which hundreds of bills are introduced, debated, and amended.

The Georgia General Assembly is the Legislative branch of Georgia’s State government. The 2019 General Assembly was in session from January 14, 2019 to April 2, 2019. Republicans held a majority of Senators (35-21) and Representatives (105-75). Combined with their control of the governorship, they held a state government trifecta.

The General Assembly must pass a budget for the fiscal year but can also introduce and vote on legislation as well as passing constitutional amendments which are placed on ballots for voters to decide. A simple majority of legislators are needed to pass a bill (29 Senators, 91 Representatives), with a 2/3 majority needed to override the governor’s veto. 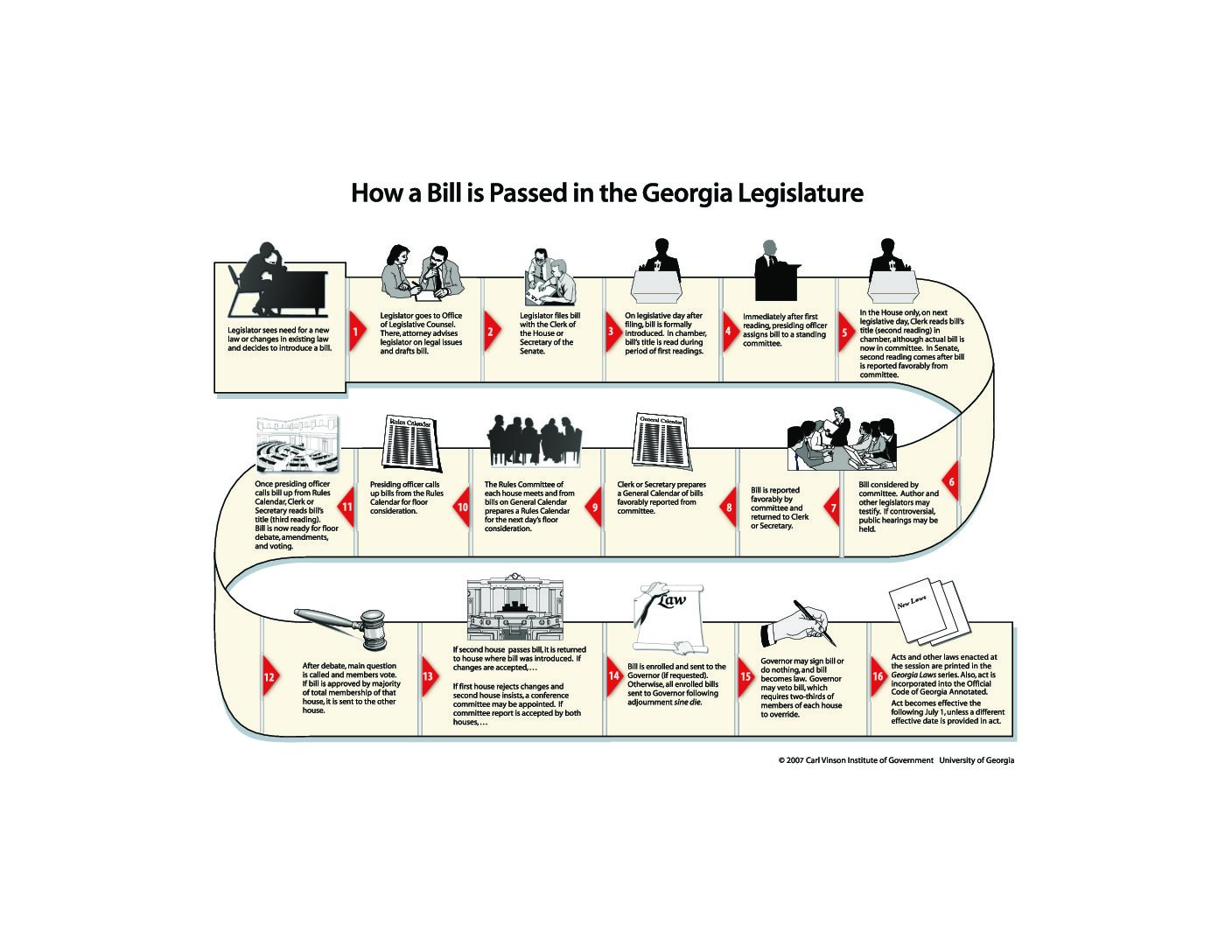 Who Makes Up The GA General Assembly?

The Georgia General Assembly is made up of 56 State Senators and 180 House Representatives. They serve two year terms with no term limits and meet annually for a 40 day session.

What Does The General Assembly Do?

Annual 40 day sessions usually take place from January to April. During these sessions, legislators can submit, vote to pass or revoke bills and resolutions that affect Georgia. Additionally, they create and pass the state’s budget for the next fiscal year.

How You Can Make A Difference

As Georgia residents, it’s vital to get involved in your local politics. Everyone wants to improve the quality of our lives and our communities but it’s not easy. We need every potential voter to go out and make their voices heard.

Stay up to date on environmental legislation in Georgia and ways you can get involved.