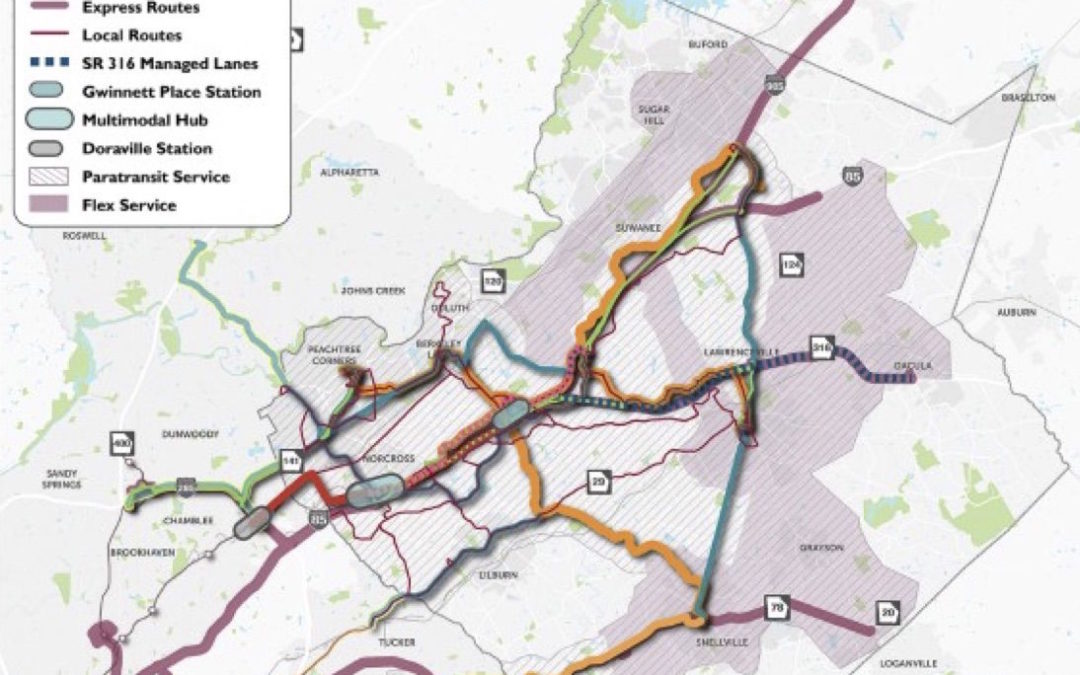 The next step is for the Board of Commissioners to move forward with the process for joining MARTA, culminating in a referendum this November.

“Because the Connect Gwinnett Plan calls for extension of heavy rail and HB 930 identifies MARTA as the sole rail operator in the Atlanta region, joining MARTA is the obvious choice for Gwinnett County to fulfill the plan,” said Brian Gist, Senior Attorney with the Southern Environmental Law Center.

“Now that the Connect Gwinnett Plan is adopted, there is no reason for further delay,” said Lee Biola, President of Citizens for Progressive Transit. “If the referendum is approved in November, the “short range” projects on the list will be in operation by 2023. Gwinnettians have waited long enough and need the benefits of transit expansion as soon as possible.”

“As Clayton County continues to move forward with Georgia’s first commuter rail and the City of Atlanta implements the More MARTA expansion, Gwinnett voters should also have the opportunity to expand transit this year,” said Colleen Kiernan, Executive Director of Georgia Conservation Voters.